Beyond MOOC Hyperbole with Siva Vaidhyanathan 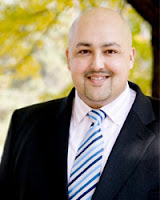 These are my notes on "Beyond MOOC Hyperbole: Why We Should Support MOOC Experimentation...Critically and Carefully." This was a presentation hosted by Dave Cormier and presented by Siva Vaidhyanathan for our MOOC "The Current and Future State of Higher Education 2012." According to the article on Siva Vaidhyanathan in Wikipedia, he "is a cultural historian and media scholar and is currently a professor of Media Studies and Law at the University of Virginia. Vaidhyanathan is a frequent contributor on media and cultural issues in various periodicals including The Chronicle of Higher Education, New York Times Magazine, The Nation, MSNBC.com, and Salon.com. He is a fellow of the New York Institute for the Humanities and the Institute for the Future of the Book. From 2004 through 2008 he maintained a blog, Sivacracy.net on which he frequently commented on media and technology issues, as well as his love of sports." This was the second CFHE12 discussion. He talked about the place of MOOCs on higher ed. He comes at this as a professor of media studies.

He began by saying that "Discussing higher ed as if it were a single entity really clouds the issues" because it covers a wide variety of schools and the role and scope of community colleges or big name Ivy League schools. MOOCs will have different effects and benefits to different kinds of teachers. The real question is "what tools are best for a particular context." He does not think that discussions about "revolutions" and "disruptions" are not very useful (they are ahistorical). There is a lot of talk about MOOCs being the end of the university or the rebirth. We should be suspicious about these claims. He said that there are no simple conclusions that can be made on new tools and pedagogy. He thinks the college is "a temple of empirical reason." Hmmm... The heirs of the monasteries. He has to convince students that he is the "source of wisdom."

The discussion of MOOC mania is in a "faith" realm, not an empirical reasoning realm. He discussed the attempted firing of the president of his college, University of Virginia. Their was talk of MOOCs being one of the issues. They are now working with Coursera to offer courses. There was an email that discussed faculty teaching in MOOCs. There is a lot of panic, therefore, around MOOCs.

He is excited about MOOCs because:
We need to encourage people to collaborate around the world - this is how real creativity will happen.  MOOCs could help us break out new technologies and pedagogies. We need to understand that we are doing this as a "public service."

He has serious concerns about MOOCs:
He is worried about money and commercialization trumping education (Isn't this already happening?) He is concerned about FERPA issues. He says that the current MOOCs are "television shows" - they are a one-way delivery of content. Ironically, this is how this presentation if being delivered. Siva does not seem to be familiar with the connectivist MOOCs where interaction with students was, in my experience, the primary mode of learning.

He is complaining about the lack of public funding for education. I think that the cost should be lowered!

The work that instructors do cannot be reduced to a commercial transaction. I agree with him about concerns about thinking about colleges as a "business model." MOOCs, OERs, and open textbooks are, among other things, a response to the financial issues around education. He spent a lot of time discussing, at the end, the wonders of a brick & mortar education. I think that there are ways to develop high quality education through MOOCs, OER, and open textbooks.