The Internet and the Collapsing Past 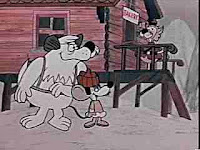 I used to have memories. They were selected, chosen, and like old photographs, shifts of color and tone have changed them over time. Some memories are more highly selected and crafted than others. Some may even approach a certain degree of accuracy. There were things I thought I would never remember: names or friends from grammar school, that favorite Saturday morning cartoon character's side-kick, or what the old downtown of Santa Maria, CA looked like. Now all of this is coming back. All of the images, people, and places. In Facebook, I am talking to people that I met in middle school and have not talked to since. There was three and a half weeks once in the 7th grade when I was nearly not quite entirely unlike cool and that is how a couple of them still remember me. There are websites dedicated to the music and popular culture of the pretty much any year or decade. There was a time when the past would always remain the past. You didn't have to remember much of went by you so you didn't. Now, someone, somewhere, is uploading the play list from their junior college dance from 1982 up to Facebook, MySpace, their blog, ect. and you get to relive the Motels and the Bangles all over again. Between the 3.5 million articles in Wikipedia and the 24 hours of video uploaded per minute, your memories are up there somewhere. Friends and family send links to music, images, and people that I know that I would not remember, or more importantly, would remember differently. Sometimes, the way I remember a film, for instance, has more to do with my interests and values at the time rather than any merit the film may have had. I remember warning my wife that "Five Million Years to Earth" was a scary film. It is a good film, but like many Pinewood Studios films from the 60's, it ends with an apocalypse of "aliens" (plastic grasshoppers on the end of Popsicle sticks). Needless to say, she found the end very funny. I swore it was the most frightening movie I had seen as a 13 year-old.

We look at the internet as authoritative. It is becoming like the collective unconscious of the species (or at least the overly-connected subspecies, Homo Iunctus). It is a form of memory but again, as selective and faded as brain memory but "authoritative" because it is an external record, a scrapbook. People can upload images, but they can't upload my context for those images, but I look at an old photo on the web and think, "My god, that is how it was." In other words, how I remember things is changing because of technology, but because of the limitations of technology, the "memories" on the web are no more authoritative than the memories that come from my brain.

No other generation had this. We used to be able to move forward through time with just the shadows of recollections, content with vague images. Now we are using technology to mediate those memories. What does the game "Trivial Pusuit" prove now? That you don't have access to Wikipedia? I am not one of those who thinks that the internet is making us stupid - I think if the brain is freed up by not having to remember details of the career of Larry Storch or what was the name of the hotel on the corner of Broadway and Main in 1966, then the mind goes on to other things. Maybe this will facilitate extra intelligence or creativity? 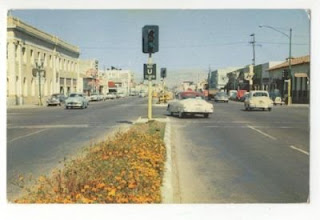