A Treatise on the Astrolabe 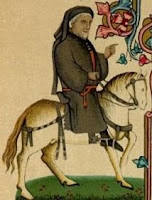 I have attempted in a few postings here to talk about art and science. I have been asked more than once about the connection between instructional design and art (other kinds of design) or how I find the time to create when I am writing and working so much for others. There are a couple of answers to those kinds of questions and I think the real trick is to understand that there is no difference between the art we create and the work that we do (another answer is "I never have enough time!"). It is all fine and good to be a poet and an artist, but the real genius is to see the poetry and art in all that we do; to give ourselves to our work in such a way that our creativity or playfulness is found even in the most serious of things. I am only sometimes successful in doing this. This is why I love people like Da Vinci, Chaucer, Dante, and Cheng Man-Ch'ing - the polymathic autodidacts of the world. It is a stunning thing to find out that a favorite poet worked in a bank or was a family physician. Or to read the complete works of Chaucer and run across "A Treatise on the Astrolabe." This would not be too far off from reading a GPS handbook by Umberto Eco. The astrolabe is really an early astronomical computer. It has programmed data (the star positions on the rete) and an input (the alidade or rule). With that, you can find our information about where you are, what time it is, how fast you are going; vital information for both navigating or practicing Islam. 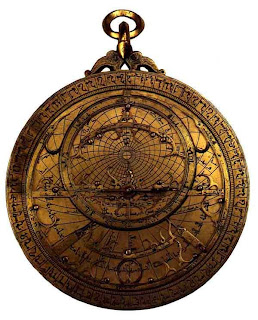 Writing something like this was all in a day's work for Chaucer because he was interested and enthusiastic about so many things and was interested in bringing those ideas to others. His "Treatise on the Astrolabe" is a fine example of early technical writing. It is written in very clear, direct prose. The economy of style would fit right in with standard guidelines at NASA. This treatise was written by Chaucer for his son, Louis: "Lyte Lowys my sone, I aperceyve wel by certeyne evydences thyn abilite to lerne sciences touching nombres and proporciouns; and as wel considre I thy besy praier in special to lerne the tretys of the Astrelabie." What is interesting here is that he is writing the treatise for someone he knows to already have a gift for science and math. In other words, he is shaping the document for his audience. He also had the astrolabe calibrated for Oxford because unlike a sextant, an astrolabe is only accurate for one line of latitude. The treatise is unfinished (at least according the latest textual evidence) but it looks finished enough to actually get a working knowledge of the astrolabe. My point here is that this text was used for teaching. It was the second most published of Chaucer's text apart from the "Canterbury Tales" and it is not just a manual for a scientific insturment but a record of an early form of technical writing, teaching, and translation (from Latin sources) from a major poet.
Note: Yes, my father was an English teacher and named me for Chaucer.
Posted by Geoff Cain at 2/16/2009